Our journey to the Media Active Youth Project in Krusevac began on 4th December. We believed it would be beneficial to take part in this project as it presented us with the opportunities to gain more skills and knowledge in media activism because of its increasing presence in everyday working and social life. We met in the early hours of Friday at Heathrow’s Terminal 2. From there we flew to Zurich and then caught our connecting flight to Belgrade using Swiss Airlines. On arriving in Belgrade we took a taxi to the main bus station, waited for over an hour before embarking on our final leg of the journey from Belgrade to Krusevac. After 11 and a half hours of travelling, we finally arrived at our destination, Hotel Dabi. For the next 8 days we would be staying at Hotel Dabi as this is where the course was based. As representatives of Momentum World, an NGO involved with the education, training and empowerment of young people internationally, we would be working alongside representatives from 10 other youth organisations from various European countries. So far, we are half through the project and have been working on two articles, one relating Momentum World and Kony 2012, which will be present on the Blog we are in the process of creating. This has given us a chance to learn new skills by engaging with WordPress, an online Blogging platform. We have also presented our organisation to the group during one of the sessions and our country UK on the International Cultural evening. We look forward to seeing what the next few days of the project will entail, it has been great relating with the different people on the project so far. 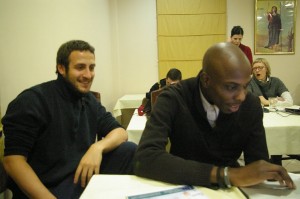 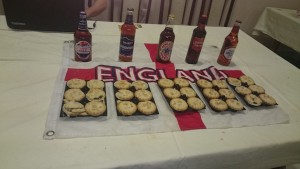 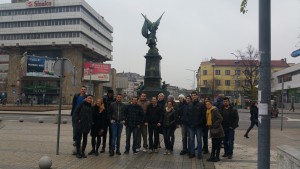