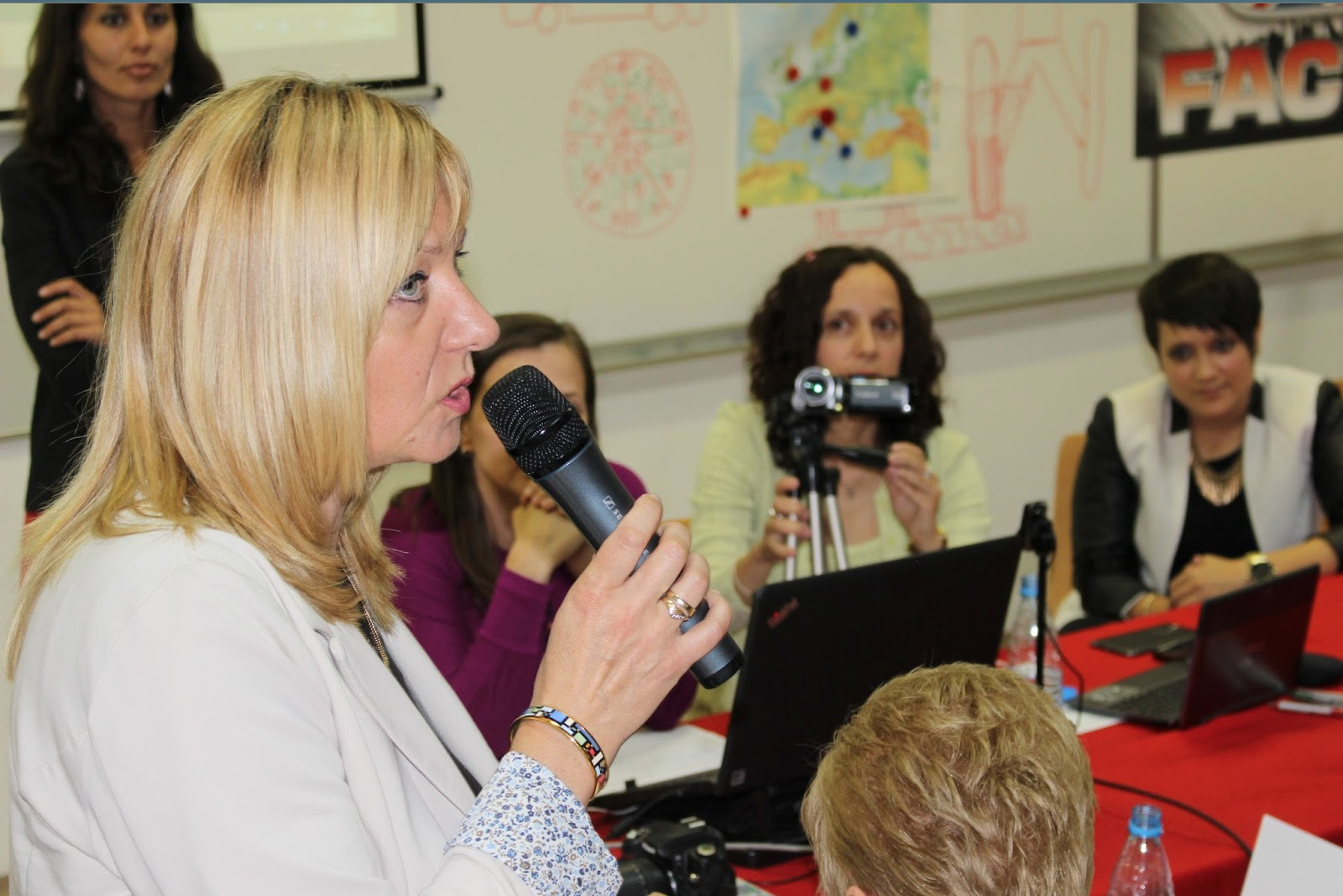 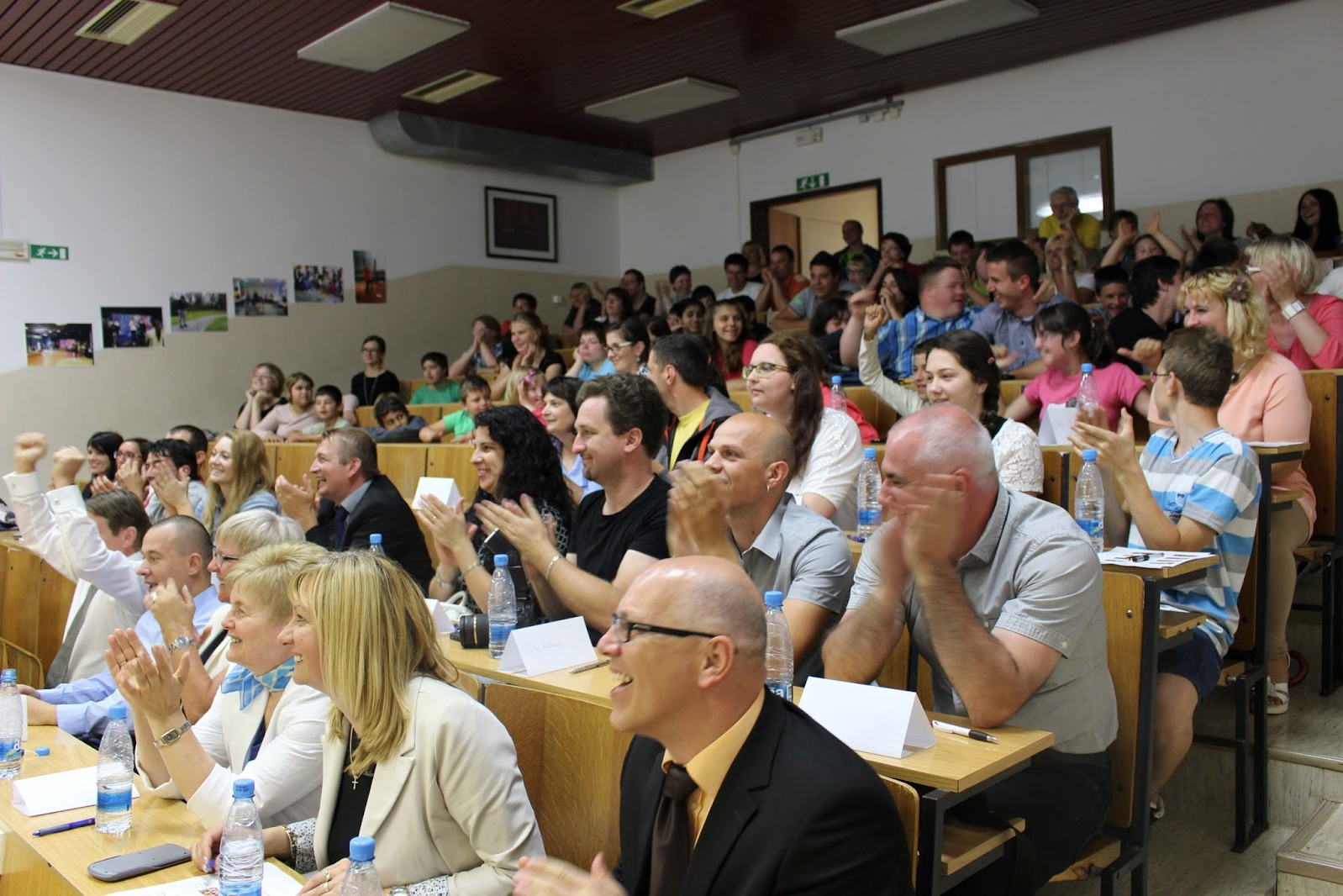 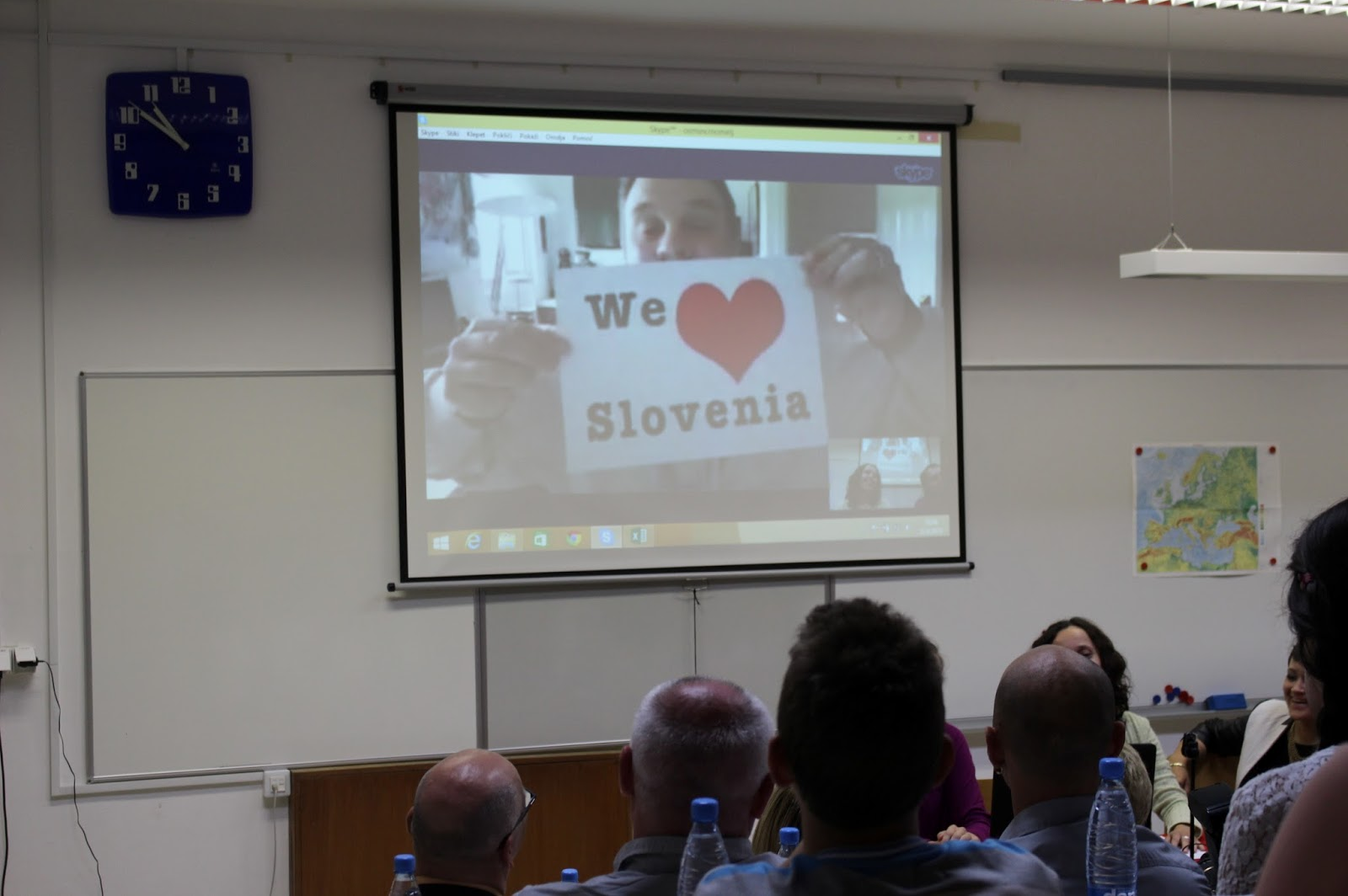 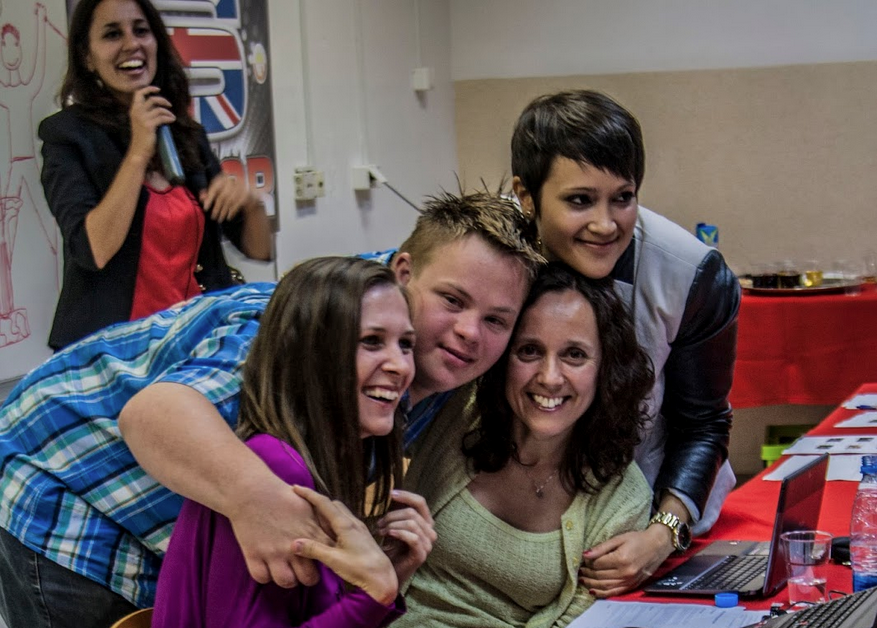 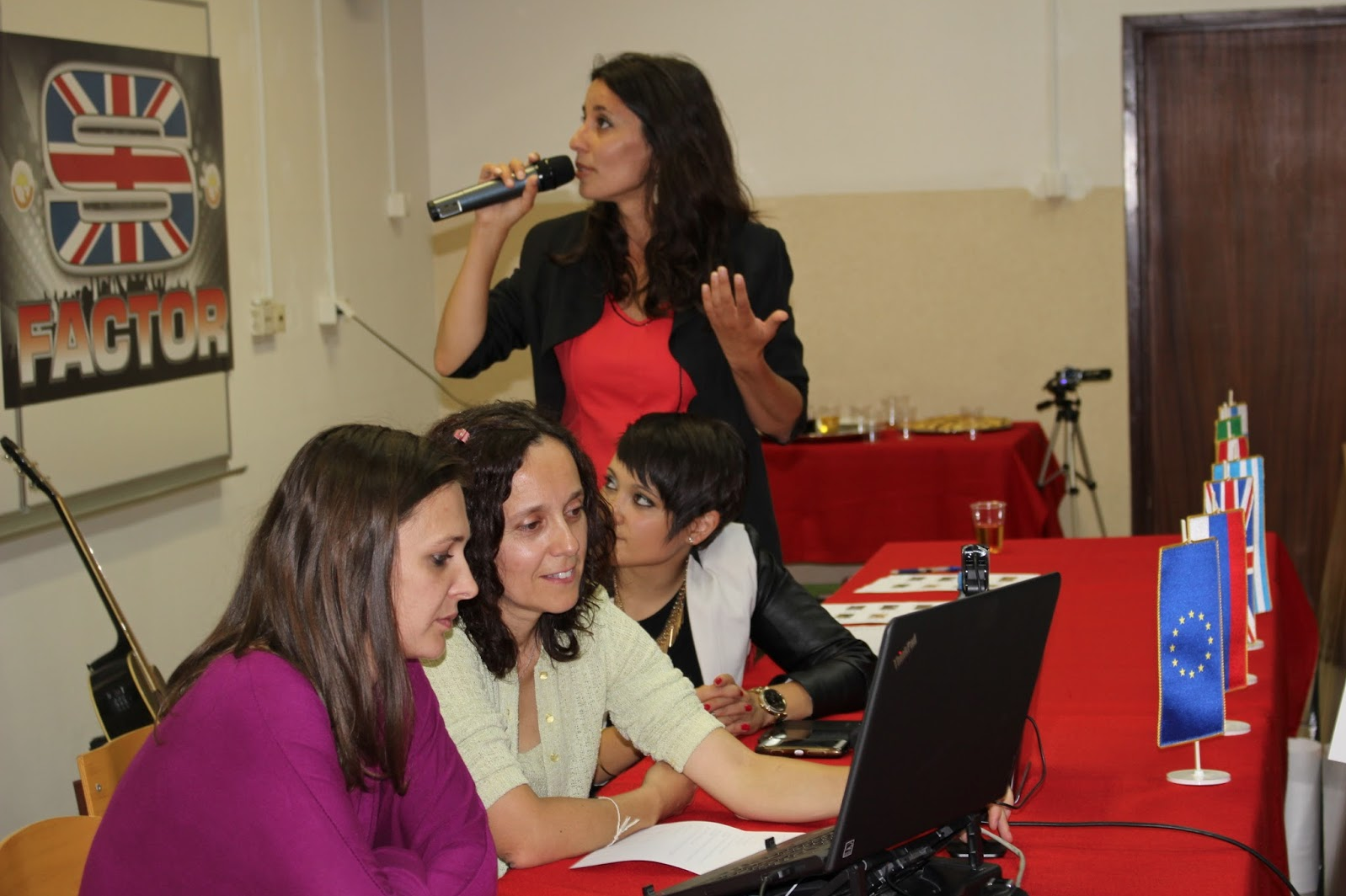 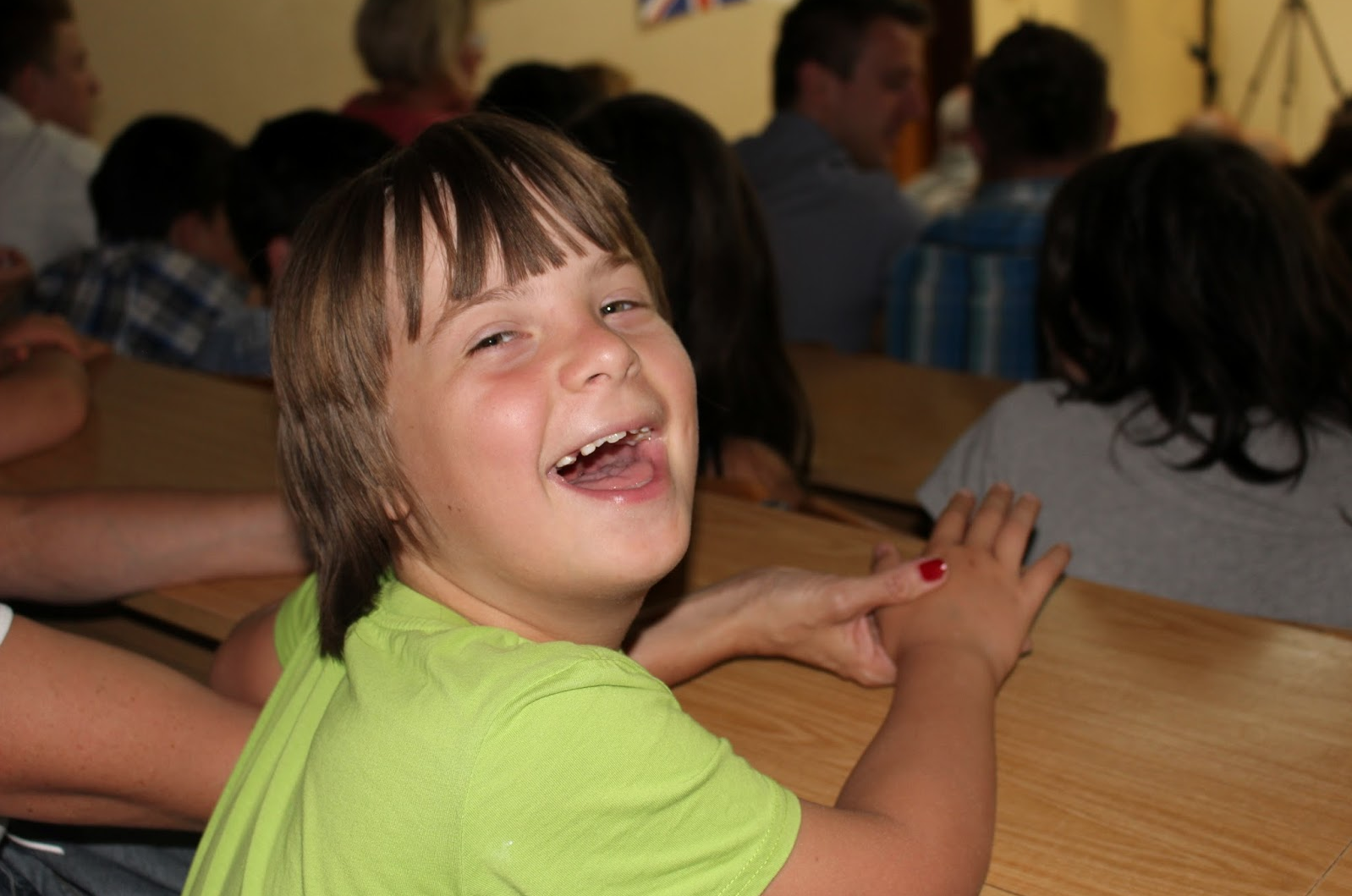 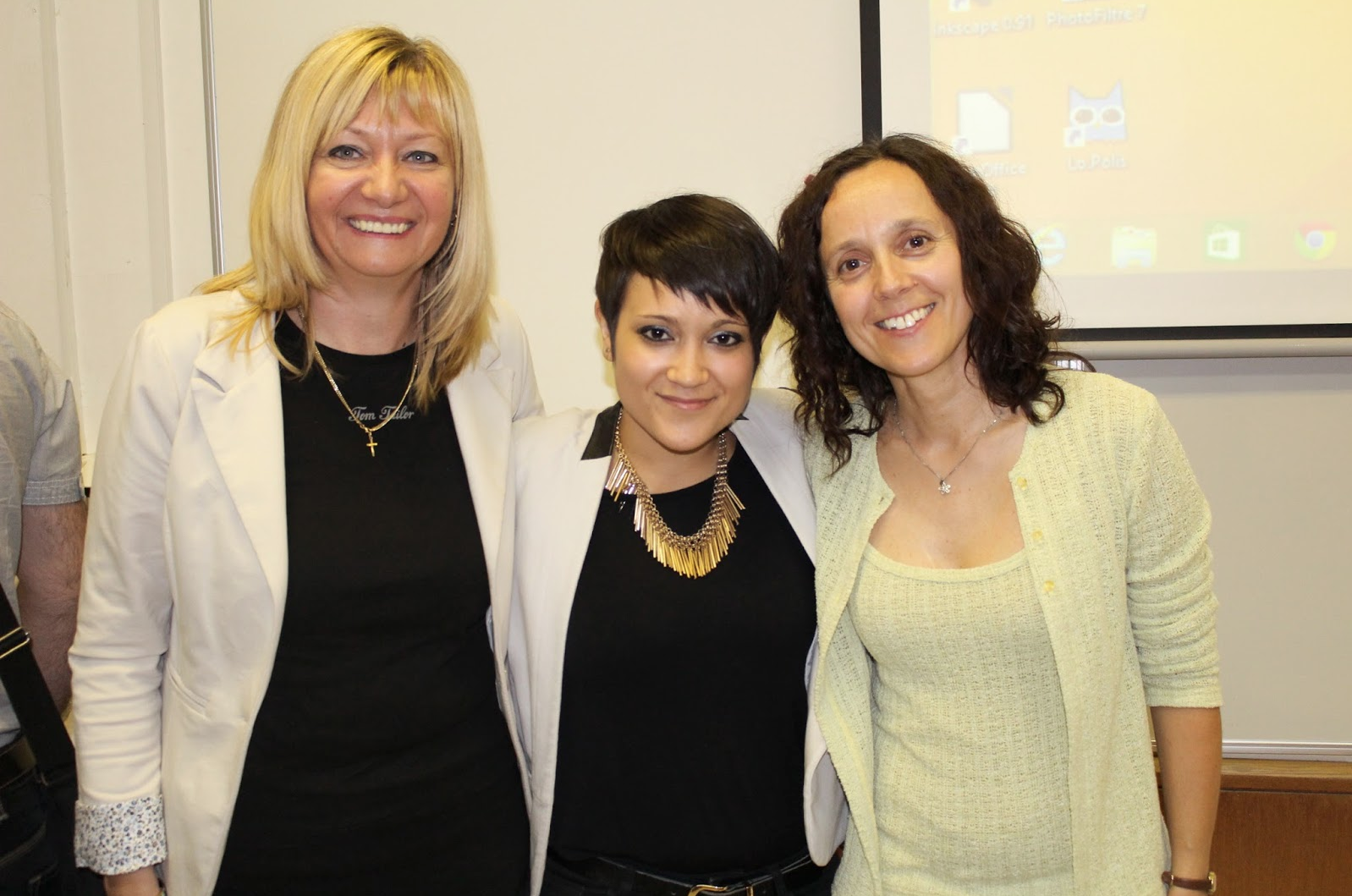 The expert jury came in at 10.00. We had some refreshment and traditional welcome bread »pogača« prepared for them.  Then we played S-Factor promo film (the longer one) to them, to get the taste of the original S-Factor. After that we introduced the S-Factor into Eurovision project and explained the aim of today’s event and the rules of voting.

The expert jury consisted of:  the chairman of the one of the biggest Slovenian insurance companies, the mayor of municipality Črnomelj, famous local musician, the headmaster of  the High school Črnomelj in which we hold the voting event,  chairman of Youth center Črnomelj which introduced us to the S-Factor project, famous local TV journalist, a local photographer and printer, a local film maker and two parents of our pupils. The second panel was made out  6 of our students, 2 high school students and 2 attenders of local care and working centre for people with special needs. We began with S-Factor promo film (short one), short greeting speech of school headmaster and short interview with Vlasta and Ajda about first part of the project.

After that we had a chat over Skype, first with Paul and then with Nicos and Greek audience and then with Simon at Belvue school. Then the projection of all the videos began. Each participating country was introduced also with a drawing that characterises the country, made by our student during the projection.

We have to say that the biggest applause got our two films, shown at the end of projection. All the judges agreed those two were their favourites and regretted not to be able to vote for them… And the main actor Izi exploited the moment, jumped onto the stage, kissed the event leader in gentleman way and took opportunity to take some pictures with the girls on the stage. He knows how to make the show!

During collection of the results our guest leader Erika, famous local cant author, sang some songs for the audience.Then we announced the results. We were very surprised how the pupil’s selection of the best films differs from those of the expert jury.After that we called Simon in England to share the results. We were excited to hear that our film Bass got the most voices from their expert jury and that our second film Happy school was chosen the second best from their students. You can see the excitement of our audience on some photos.

We also called Greece. They didn’t have the results by the time, but we could share ours and told them their film was chosen the best from our expert jury. We shared the excitement of their audience when they heard the results. The judges shared some thoughts about films and the whole event with the audience and they were all very positive and supportive.  They were positively surprised about the quality of the films and we all got a lot of compliments. The journalist from local TV offered to play our videos on their TV if we get to the finals.

We were ready to end the event. Our students did great, considering the event lasted almost two hours – little longer than expected (for the judges even half an hour longer). But no one complained about it. The whole event was assessed very good by the other guests too. After the show the headmaster of the High school stayed around, excited about possibilities of future cooperation with our school and sincerely grateful that we’ve chosen their hall to hold the event in.

We took a lot of pictures during the event and recorded final thoughts of members of the juries.The whole event was a big success and at the end there was a big relief that everything went well, especially the technical part.

We cannot wait to share all that with the entire group in July! See you soon!!!